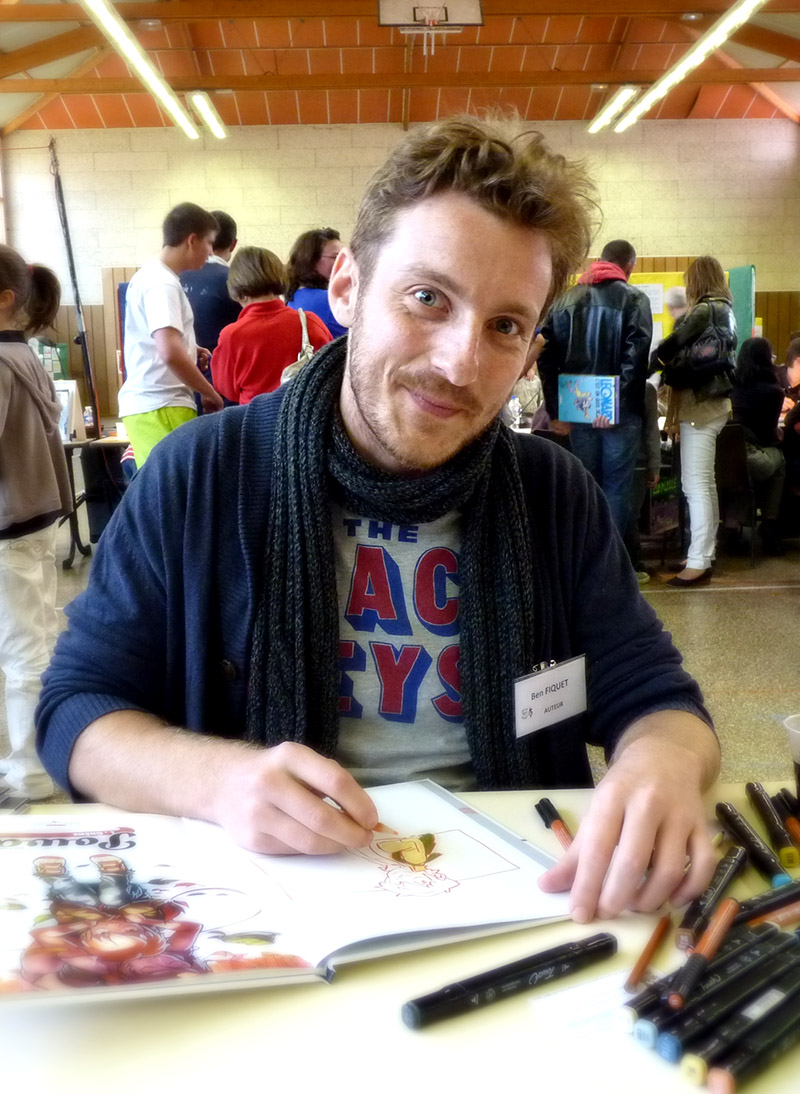 Hi, My name is Ben Fiquet. I’m an artist based in Paris, France.

Born in 1981 in the west of France, I studied fine arts and animation. I started in video games in Paris, spent some time in London as a freelance in animation, came back to Paris, wrote two comic books series and eventually I co-founded Lizardcube game studio with Omar Cornut where we crafted the acclaimed remake of Wonder Boy: The Dragon’s Trap.

In 2020, we released Streets of Rage 4 with Guard Crush and Dotemu, Lizardcube was responsible of all the art and general drection of the game.